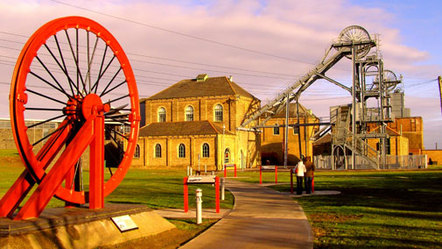 For more than 80 years Woodhorn was a coal mine. Work to sink the first shaft began in 1894 and the first coal was brought to the surface in 1898. At its peak almost 2,000 men worked at the pit and 600,000 tons of coal was produced each year. Production stopped in 1981 but the shafts continued to be used for neighbouring Ashington Colliery until 1986.

Woodhorn Colliery also is located in a beautiful country park, with a lake at it's core, it is possible for the public to have a look around the musuem and then talk a strole or a bike ride around the country park.

There is lots of things to do for all ages, with
The musuem is an interesting experience, which shows the public about the heritage of their history. It shows the public the history of mining in their area and how it affected them through the years.