Coxlodge Waggonway - Also known as the Gosforth and Kenton Waggonway. This ran from Coxlodge Colliery Jubilee Pit and Regent Pit to Coxlodge Staiths at Wallsend on the River Tyne. Most of the route was used by Tyneside Tramways and Tramroads from 1901 to 1930. This company operated double-deck electric trams until 1930 and then buses from 1930 until 1975.

The earliest section opened in 1808, the latest in 1813. From Gosforth Engine it followed the line of an earlier line, dating from c.1672 to c.1766. It is notable for the early use of iron rails, with locomotives using rack & pinion traction. There is also an early inclined plane at Haddricks Mill. Its westernmost section to Scotswood may have been the world's first underground railway, called Kitty's Drift from Kenton Colliery, running 3 miles to the Tyne. In the 1890's this line was partly reused as part of the Fawdon Railway. 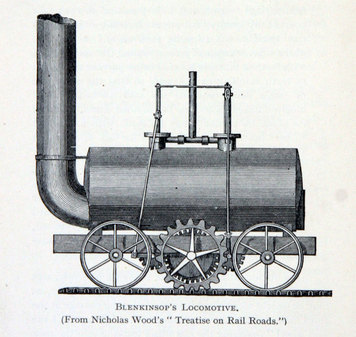 The viewer of the Kenton & Coxlodge Colliery wagonway at Newcastle, John Watson, was a friend of Blenkinsop and he agreed to purchase the locomotive Lord Willington from the Middleton Colliery.

To operated this type of locomotive the Kenton & Coxlodge had part of its system converted to rack rails. The service was started on 2nd September 1813.

This locomotive was soon joined by two others, which were specially built for the colliery in Tyneside. These were larger than the earlier Middleton ones due to the longer distances and the heavier loads encountered here. The first of these later engines soon needed replacement pistons and gears.

Watson claimed that they worked well but stated that another viewer interfered with the operation of these locomotives using untrained men who mistreated them. This fact combined with the heavy loads and gradients (1 in 24 in parts) meant they became unserviceable and were out of service by the time the colliery was sold in 1817.

This extract is taken from the 'Lives of George and Robert Stephenson' by Samuel Smiles:

"George Stephenson also the advantage, about the same time, of seeing one of Blenkinsop's Leeds engines, which was placed on the tramway leading from the collieries of Kenton and Coxlodge, on the 2nd of September, 1813. This locomotive drew sixteen chaldron wagons, containing an aggregate weight of seventy tons, at the rate of about three miles an hour.......
The Blenkinsop engine at Coxlodge was found very unsteady and costly in its working; besides, it pulled the rails to pieces, the entire strain being upon the rack-rail on one side of the road. The boiler, however, having shortly blown up, there was an end of that engine, and the colliery owners did not feel encouraged to try any farther experiment." 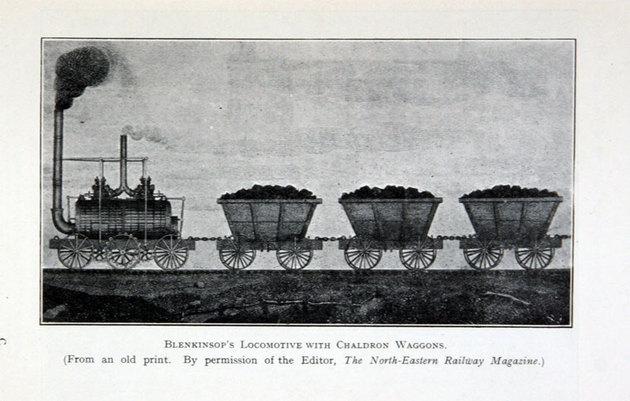 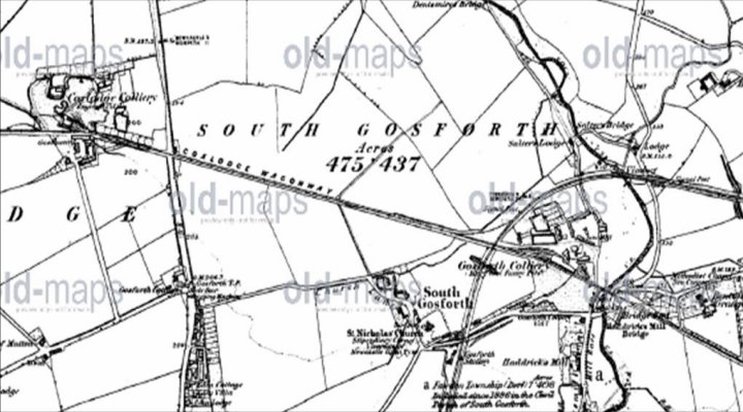