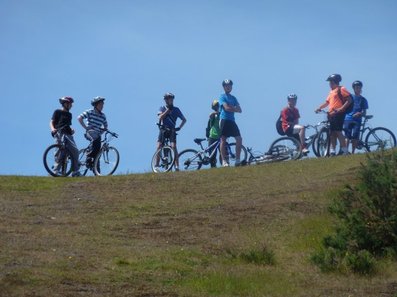 The lads contemplate the steep descent of the old pit heap
The Rising Sun Colliery is a 20th century pit which opened in 1910 and was closed in 1969.

The Rising Sun Country Park is now a site in Benton that once housed one of the world’s largest coal mines. It has been transfromed into a 400 acre natural green oasis. The Park is a site of Nature Conservation Interest (SNCI) and the lake is designated as a Local Nature Reserve (LNR).

The Rising Sun Colliery opened in 1906, owned by the Wallsend and Hebburn Coal Co Ltd,  housed one of the world’s largest coal mines. In an article written for the "Colliery Engineering" publication (Dec 1935) the following was noted about the company and the site -

"At their Rising Sun pit the Wallsend & Hebburn Coal Co. Ltd. have erected what is probably the most complete coal preparation plant in the world. Wallsend has been in every sense a household word ever since, in 1756, the High Main seam was first exploited by the famous colliery which bears this name...... a colliery with such a tradition should take pains to preserve a reputation for quality by installing one of the most complete coal-preparation plants in the world. For not only does this plant provide for both the dry-cleaning and wet-washing of the product but also for the dedusting of the coal, the washing of the dust by flotation, filtration, thermal drying, water clarification, blending and mixing, and dry and wet screening." 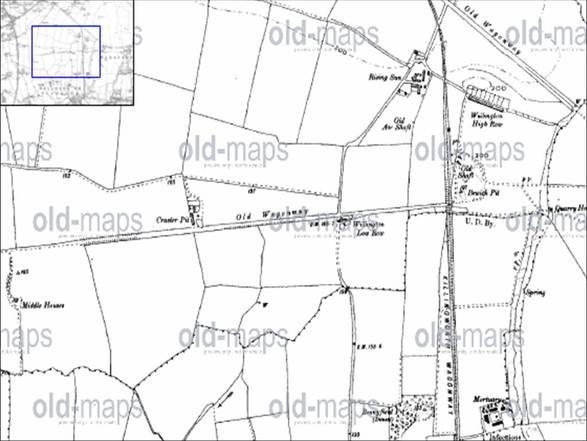 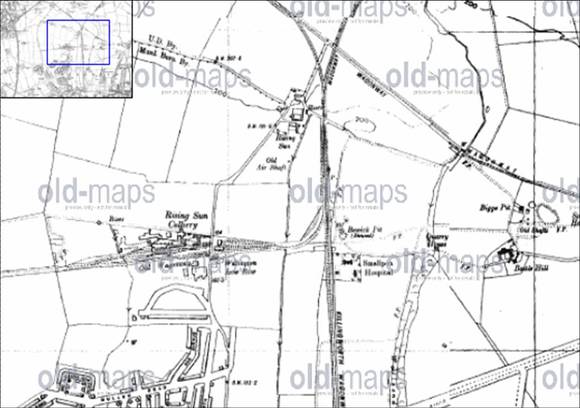 The Rising Sun Colliery in 1940 is linked with the Killingworth Wagonway. 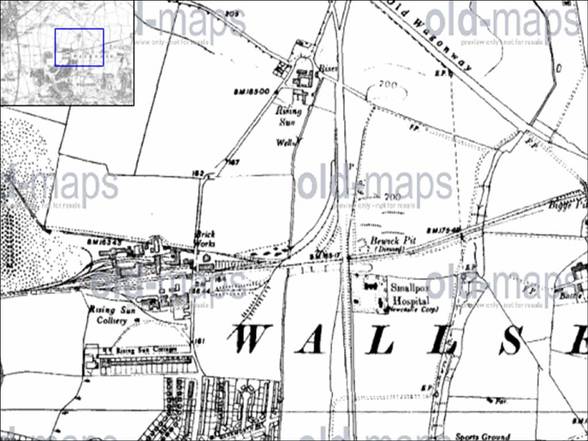 In 1952 the Rising Sun branch line has been constructed and the Killingworth Wagonway has been dismantled. 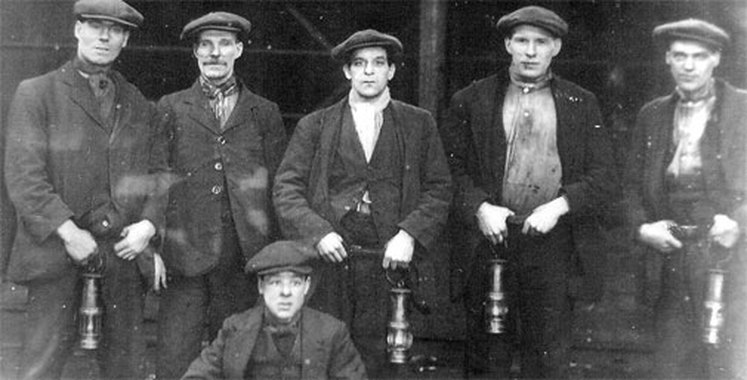