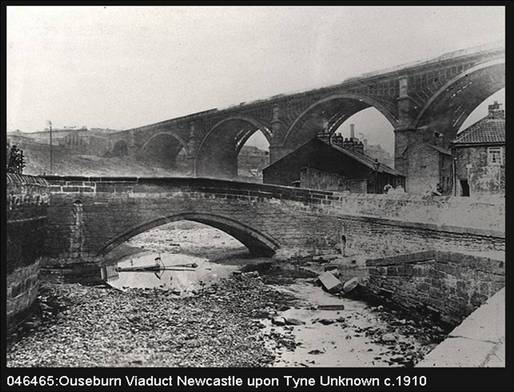 Three years after the opening of the Stockton to Darlington Railway it was proposed that there should be a rail link between North Shields and Newcastle. Twice a Bill was placed before Parliament and turned down. But finally in June 1836 a modified proposal was accepted, resulting in "the first ever commuter railway"

There was, however, considerable opposition to the railway, which tradesmen saw as a poverty producing measure:

"The rivermen have called the building of the new railway a "poverty producing measure", and the owners of gigs, coaches and steam packets have been extremely angry about the project. Shopkeepers in North Shields fear that their customers will forsake them for the Newcastle shops - tempted by the single fare of 2d, first class for the seven miles and and intended time for the journey of 20 minutes. ... Large numbers of Newcastle tradesmen have already placed adverts in the local newspaper to attract customers."

The line required an initial capital of £160,00 and was constructed by Robert Nicholson.

The laminated wood viaducts were rebuilt in iron to the same design between 1867 and 1869. 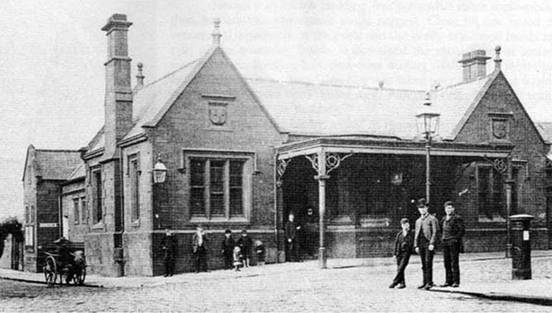 Microsoft Virtual Earth - "Birds Eye View" of the Ouseburn Viaducts. The northerly viaduct is the Newcastle and North Shields Railway, now the East Coast Main Line (ECML). The middle viaduct is the Tyne and Wear Metro, built in the late 1970s.

Keys to the Past - Old Maps - British History maps of North Shields.

The Newcastle and Berwick Railway opened in 1847 the extension from North Shields to Tynemouth old station NZ3669.
Keys to the Past - Old Maps - British History maps of Tynemouth.

The NER was eventually to take over all the railways in the North east. As such it opened new routes along existing lines one of which was a loop from Newcastle to the coast, part of which was along the route of the N&NSR, passing through Heaton. Use this link to find out more: http://www.disused-stations.org.uk/h/heaton/index.shtml