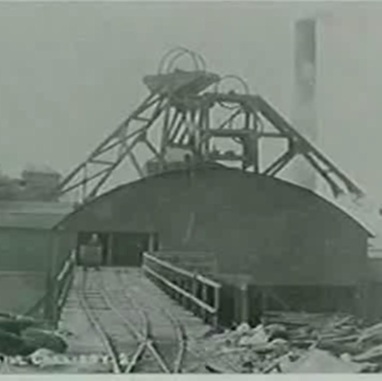 Chronology
1815, Marley Hill Colliery, appears to have been abandoned by the Grand Allies as unprofitable.

1840, Jan 09 - The Lodge Pit, Marley Hill Colliery, was commenced and put down from the surface to the Busty Bank Seam.

1841 Marley Hill Colliery was re-established by a company consisting of Messrs. J. Bowes, W. Hunt, N. Wood, and C. M. Palmer, for the manufacture of coke.

There are now three large collieries in this parish worked by John Bowes & Partners, Limited. At Marley Hill the following seams are worked :- Main Coal, 4 feet thick, at a depth of 35 fathoms ; the Busty, 5 feet 6 inches, 72 fathoms ; and the Brockwell, 3 feet, 86 fathoms, worked by two shafts.

The average daily output is about 700 tons. There are 330 coke ovens, in which two thirds of the output is converted into coke. The total number of men and boys employed is about 520.

Nearly one mile west is the Byermoor Colliery, working the Busty and Brockwell seams, having and output of 500 tons per day. Here are 156 coke ovens ; the number employed is 380. Andrews House Colliery, situated about one mile south of Marley Hill, was commenced in 1843 ; here the Main coal is only worked, giving employment to 170 men and boys ; the output averages 340 tons per day. Whellan's 1894 Directory of County Durham

1865 map shows Backworth Colliery A and B pits