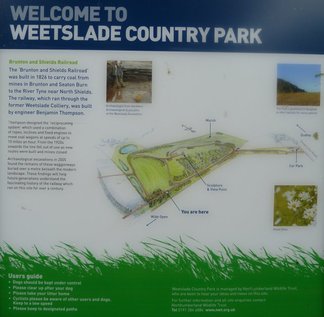 Weetslade colliery has recently been converted in to a country park
Weetslade Colliery is a 20th century pit which opened in 1903 and was closed in 1966.


Weetslade Colliery opened in 1903 as a working colliery and closed in 1966, although part of the site remained in use as a washery until 1980. During 1947 an estimated 160,000 tons of coal was dug from this colliery and was used for household, manufacturing, and steam production.

Since the site was abandoned it was left to the process of natural re-colonisation. In the mid 1990’s Weetslade was designated a Site of Nature Conservation Interest (SNCI) due to the establishment of a complex and diverse mosaic of vegetation types. The most extensive piece of work undertaken was the re-profiling of the spoil heap; making the steep slopes shallower allowing for an easier climb to the hill top. Some natural vegetation was left untouched on the south side of the hill and within the saltmarsh area. The rest of the site was ploughed and re-seeded with a mixture of grassland species. Additional hedges, native trees, and scrub were planted in blocks around the site. Three reed beds were created to increase the variation of habitats on the site.

The former pit heap has long been seen as an important landmark in the local area. It lies on a strategic wildlife corridor running from Gosforth Park to the district boundary. The Seaton Burn runs close by the site and there is hope of attracting otters and great crested newts to the park in the future. The site is linked to many of the local communities such as Wideopen and Seaton Burn through part of the old Wagonway network.

The site has developed since the colliery’s closure in 1967 with regards to recreation and biodiversity. Currently horseriders and walkers use the site with the Wagonway running along the south side of the site. The site is already important for birds such as the skylark, grey partridge, reed bunting, bullfinch and lapwing as well as the small skipper butterfly, badgers and deer. The conservation interest of the site is envisaged to grow as the site develops and becomes attractive to more wildlife. 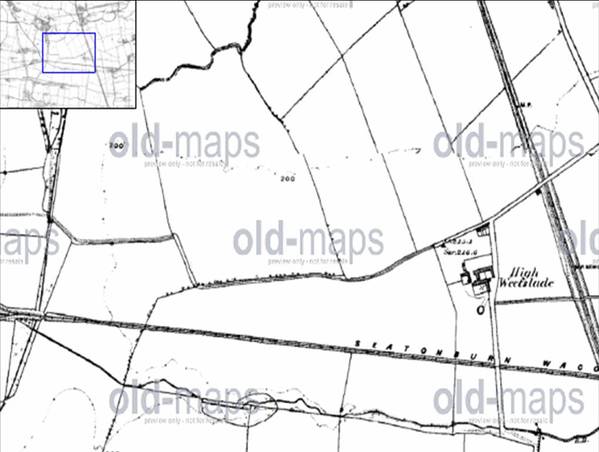 1865: Weetslade farm and the Seaton Burn wagonway on the site of where Weetslade Colliery will be. 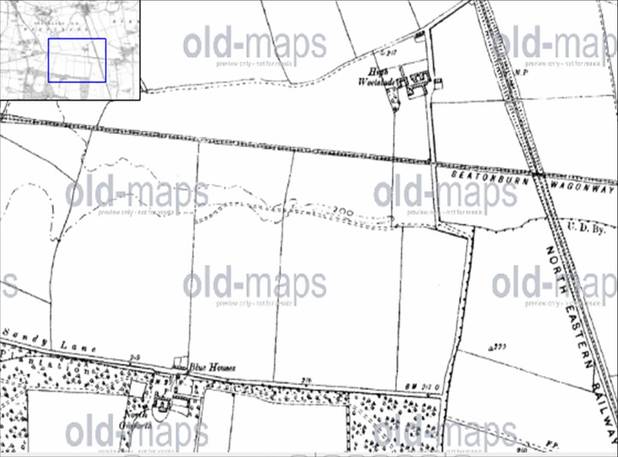 1898
A shaft was sunk at Weetslade was sunk and colliery buildings constructed from 1900. The colliery is first shown on Ordnance Survey third edition of 1920 as 'Burradon (Lizzie) Pit'. A large deposit of spoil had already grown south of the pit, fed by a branch from a complex of sidings from the Seatonburn Wagonway. 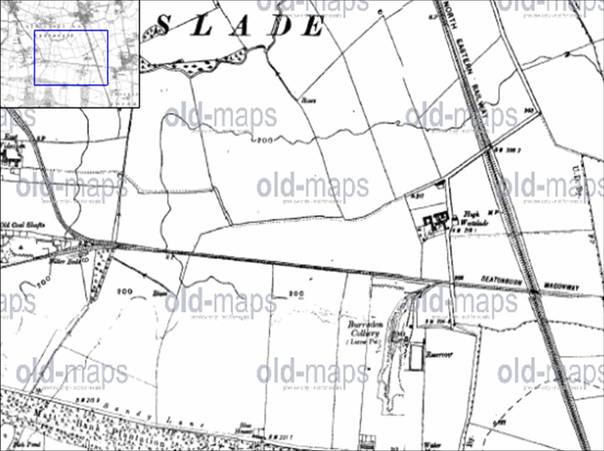 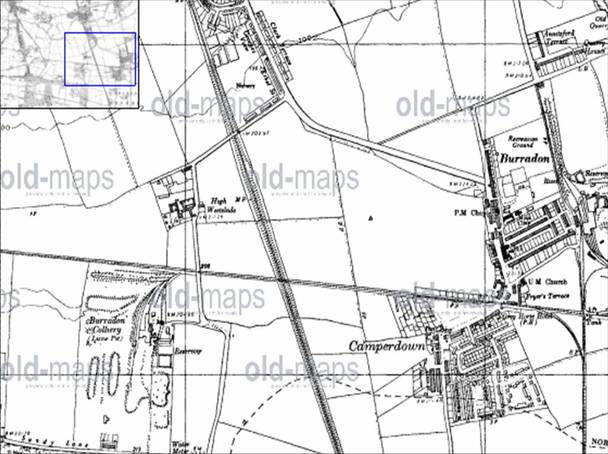 1951 Burradon Colliery on the right and Lizzy pit on the left.
By 1951 the colliery and its associated features show signs of realignment, with the washery reservoir reduced in size, and the spoil heaps extended beyond their earlier range. By 1958 (OS seventh edition), the colliery has begun to take on its modern form. Development had begun on the north side of the Seatonburn Wagonway (now labelled Fawdon Wagonway) with a railway siding and associated track leading to a new building probably associated with the spoil trnasfer to the new northern spoil heap (HER 5446). The earlier complex of sidings west and south of the mine has grown further, with some lines terminating in engine sheds. Two washery reservoirs now occupy the spoil area west of these lines. A new pit head baths occupies the area formerly taken by the reservoir to the east of the mine. A further area of mining activity has developed in the south-west part of the site bordering Sandy Lane, with mine buildings present at the south end of a raised spoil tongue. 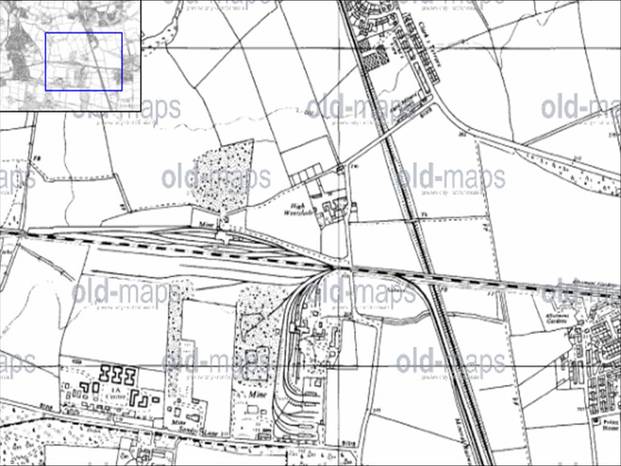 1965
On the 1962 Ordnance Survey map, the range of buildings north of the Seatonburn Wagonway has increased and this now appears to be the focus of mining activities, with the south-eastern area mainly concerned with washing, processing, storage and distribution. The number of sidings in this area north of the wagonway has increased to over a dozen parallel lines in places. Much of the south and central part of the site seems to have stagnated well before the cessation of mining in 1960 and was not involved in activities associated with washing and sorting coal from Burradon Colliery which continued until 1980. 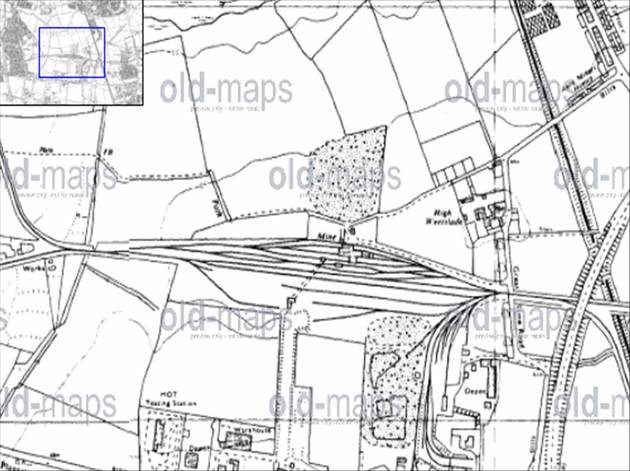