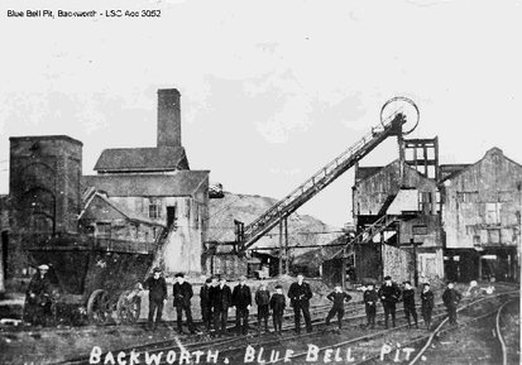 In 1896 the workings of the Shiremoor Coal Company were absorbed into the Backworth company and this marked the start of another period of development.

The ShiremoorCoal company, formed in 1874, had opened the Blue Bell Pit just south of Shiremoor and had reopened the old Algernon Pit, to the south, for drainage purposes. The output from the Blue Bell was dispatched via the Blyth and Tyne Railway as it was situated next to this line.

Upon taking over, the Backworth Company were quick to connect it to their own railway system. This was done by building a new line running north from Murton Row but on the east side of the Blyth and Tyne with a connection into the Algernon Pit en-route. The Blue Bell Pit was not however long lived as manpower shortages during the First World War caused its closure in 1915 never to reopen. The Algernon Pit though was to last until nationalization. 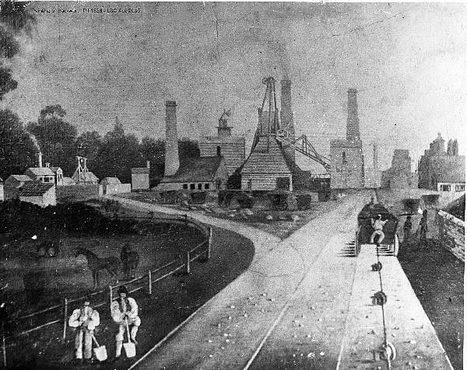 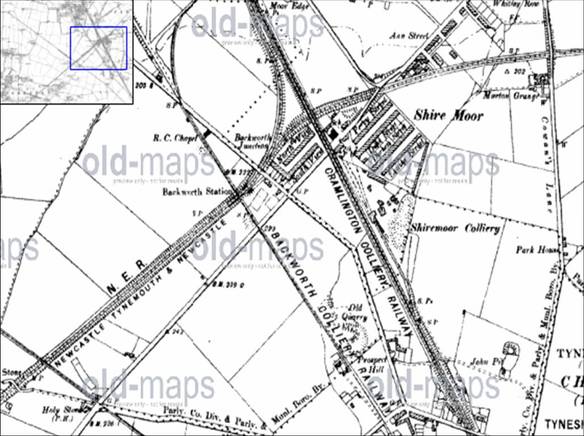 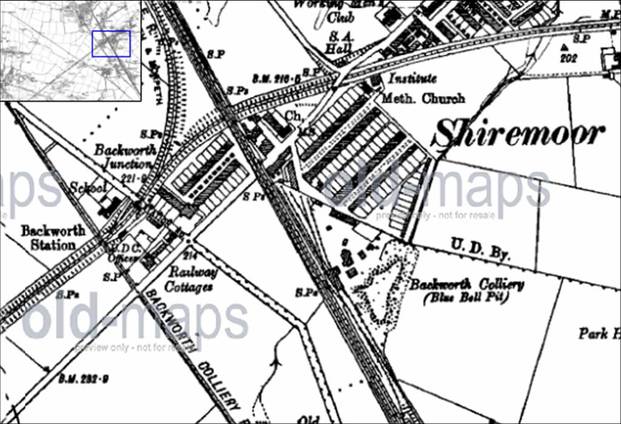 Bluebell pit The 1920 O.S. map shows the pit now owned by backworth Colliery. The new track has been laid to the east of the B&T line. 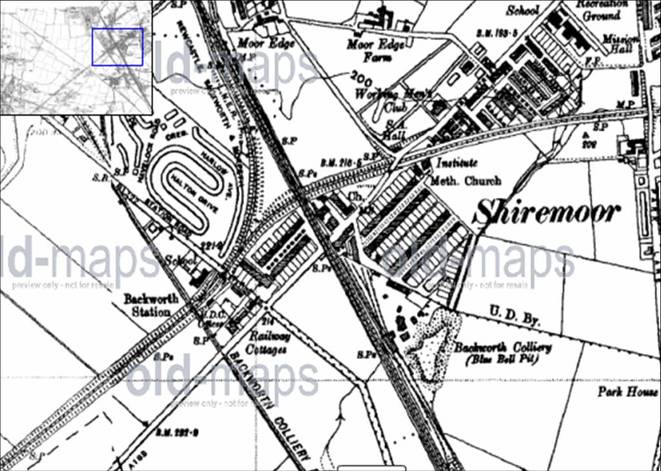 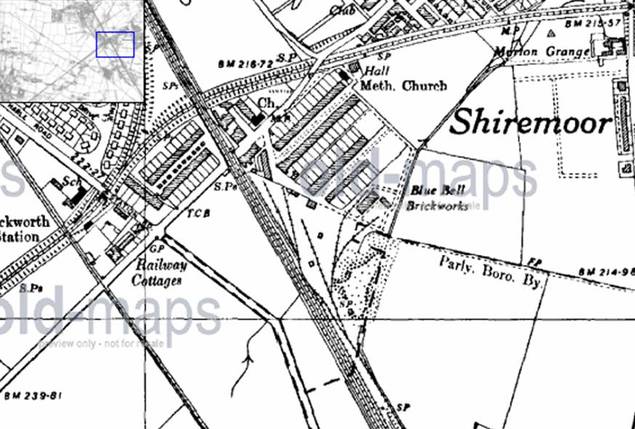 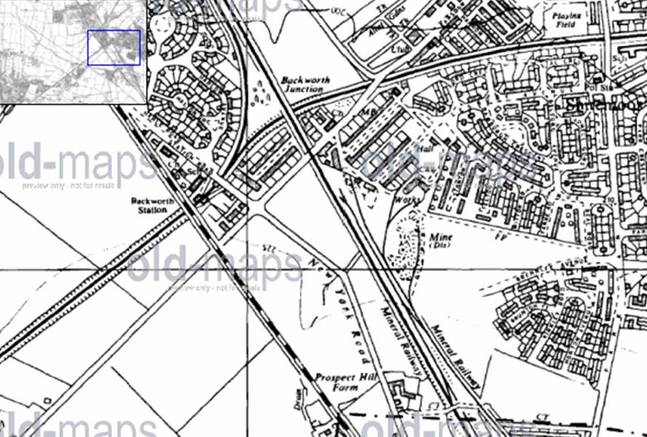